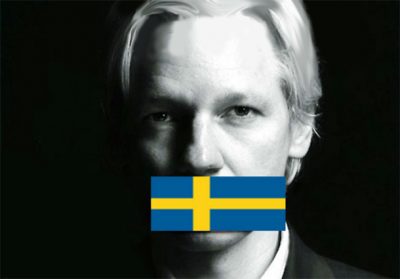 Once upon a time, there was a very bright little boy who grew up moving around Australia, never really taking roots. As an adolescent he found his own world in cyberspace, which offered a field for his insatiable curiosity. As he learned about that great world out there and its secrets, he developed his very own rigorous ethic: his vocation was to search for true facts and share them with the public. His moral compass developed free of conformist social codes. Truth was truth, deception was wrong, lies on the part of the powerful should be exposed.

The original sin of Julian Assange was the same as that of Galileo Galilei.  Galileo sinned by revealing to the people things the elite already knew or at least surmised, but wished to keep secret from the masses, in order not to shake the people’s faith in the official truth. Assange did the same thing with the formation of Wikileaks. The official version of reality was challenged. All lies should be exposed. By far the most sensitive targets of his wide-ranging reality revelations were the lies, the hypocrisy, the inhuman brutality of the United States in its wars of global hegemony. To Assange, these things were simply wrong.

At first, Wikileaks attracted a great deal of popular attention and even acclaim. Julian Assange became famous. He was a geek, but he didn’t look like a geek. Tall, handsome, striking with his nearly white hair, Julian was something strange: a charismatic geek.

He arrived in Sweden with near superstar status. Swedish women contrived to get him into their beds. They bragged about having sex with Julian: he was a trophy lover. But the charismatic geek didn’t know the social codes of the peculiar Swedish forms of virtuous promiscuity. This lacuna was exploited by his enemies in extravagantly unpredictable ways.

Julian Assange tried to straighten out what seemed to be a serious misunderstanding before leaving Sweden. But the Swedish side failed to make matters clear and he left for London.

In London, he was quickly taken up by the radical chic branch of the British upper class, the champagne and caviar humanitarians. The naïve charismatic geek who didn’t know the social codes no doubt thought he was among friends. He didn’t belong to any political or social movement in the UK, he depended on the beautiful people who for a time found him an interesting outsider, one of their latest causes.

Julian Assange may have been socially naïve, but he very acutely perceived what the imperial powers were working up against him. The totally unjustifiable demand for extradition to Sweden for questioning – unjustifiable because they had declined to question him while he was there and then declined to question him in the UK – appeared to Julian to be an obvious device to enable Sweden to extradite him to the United States, given the total obedience of post-Olof Palme Sweden to the wishes of Washington. Others didn’t see this so clearly, except for the excellent President of Ecuador at the time, Rafael Correa. Correa offered Assange asylum in the tiny Ecuadorian embassy in London. Assange, unconventional, negligent of the codes, but with a clear view of the danger stalking him, jumped the bail set up for him and moved into the embassy.

This was the beginning of his alienation from the caviar humanitarians. At first the smart set defended him. Such glamorous personalities as Jemima Khan and Amal Amamuddin (not yet Clooney) initially defended him and then lost interest. He was not of their world. He did not know how to compromise, he was a geek after all, less and less charismatic as he faded in the shadows of the embassy of Ecuador. It’s all very well to denounce lies and tell the truth, but one mustn’t overdo it. It’s delightful to have a cause when you have a solid social and financial background to fall back on, and when you know how to play the game so as to be in and out at the same time. Julian had none of those social graces. He was honest, intent, stubborn. He was incapable of hypocrisy, even in his own interest. He would not abjure, as Galileo did.

Such stubborn honesty on the part of someone who has nothing – no influential family, no fortune, no social status, no political party, nothing but his stubborn devotion to truth – is unbearable in a society based on lies. The media who profited from his scoops became the most zealous in denouncing him. No wonder: his honesty was a living reproach to the scribblers who had sold out all down the line, who get ahead by adding new touches to the mendacious “common narrative” required by the masters of their careers.

Lies were spread. Someone so honest must have hidden vices. He must be as bad as we are, or worse. The mob gathers. This man who knows the truth but not the social codes is an insult to us all, a freak, a monster, who must be destroyed.

The lynch mob is enormous. The media, politicians, even the judicial authorities. There are no loud shouts for blood but silent cruelty as the Anglo-American ruling Establishment shamelessly contrives to halt the last breath of the outsider who dared expose them for what they are.